While I was worrying about my hair, David got ready in 5 minutes.  Tying his shoes and putting on his jacket took the bulk of that time.

Then he took some funny/family pics. 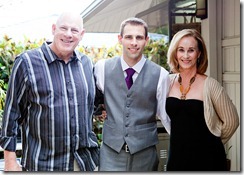 In the meantime, I’d finished make up, finally gotten my dress on, and then scrambled for some pictures.

After getting ready, we rushed to pop open a bottle of “special” champagne to cheers as a family.

Before I knew it, the music started playing and the ceremony was starting!  The bridal party walked down the “aisle” in my parents backyard to an acoustic guitar version of The Little Mermaid’s Kiss the Girl.

Mike, Elise’s boyfriend, walked my mom down the aisle. 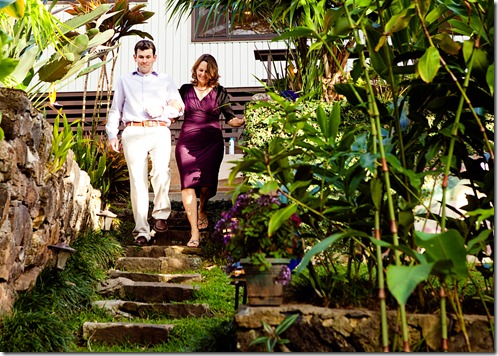 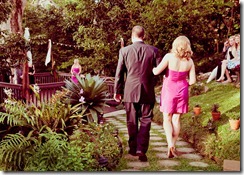 The music switched to Izzy’s Somewhere Over the Rainbow and it was my turn.  My Dad told me that I looked the most gorgeous he’d ever seen me, and I almost cried. 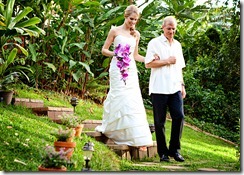 Next up, the Ceremony!