I’m happy to be back home in Houston!  I had quite a time coming back; I ate something that gave me either a stomach flu or mild food poisoning on the way back, and it was not a fun plane ride.  I think it was either from fruit or milk that was sitting out in the airport lounge, or from a veggie wrap I brought on the plane that maybe went without refrigeration too long.  Ugh, anyway, at least it was only a 24 hour thing.

On the bright side, I came home to a very happy fiancé that was waiting for me at the airport with a chilled coconut water.  And he took me home to a clean house, he’s the best!

Since I wasn’t feeling well, the rest of the weekend was pretty chill.  We cooked some pasta on Saturday night and went to bed early.  On Sunday we did a short run, errands, and read books.  David picked out some corn at the market since he was amazed corn was so cheap, so for dinner I made Roasted Corn + Raw Kale Confetti Salad + Black Bean Potato Mix.  Kale is a out of season, but I love my kale! It was a pretty good dinner if I do say so myself.  The only variation for the potato mix was that I added lots of cayenne pepper.  And next time, instead of steaming the potatoes, I think I’d just roast them for 40 mins. and add the black beans when about 10 mins. is left. 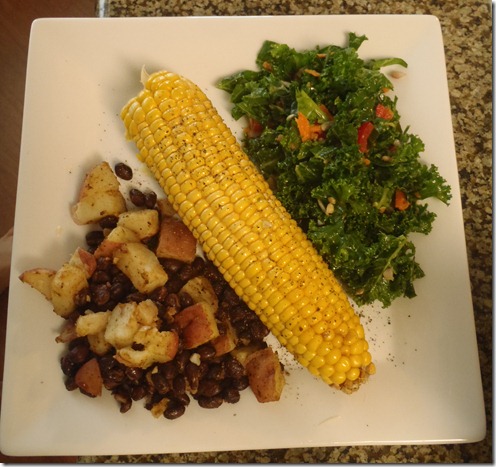 Today was back to work, but when I got home, I dove into my next cooking experiment – how to make David enjoy butternut squash.  We got some in the CSA and I wanted to figure out a recipe for it.  I tried this Warm Butternut Squash & Chickpea Salad and served it over brown basmati rice.  It got the “hey, this is pretty good” from David.  We enjoyed it while laughing over a couple episodes of Flight of the Concords, a DVD we were just sent as a gift. 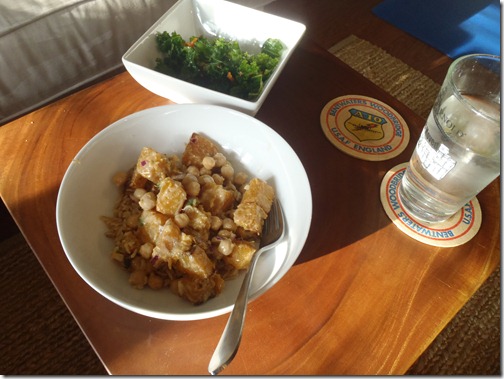 So all in all, I’m almost over jet lag and enjoying a couple quiet nights.  It’s great to be home. 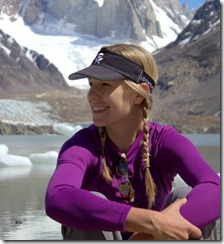