Wow, so much has gone on since I last wrote!  Sometimes my lack of blogging is because after a long day on the computer at work, I just don’t care to sit down and look at the computer again.

Last week I was in a training class, and we did a few fun fitness-related things – rock climbing, hill training run, etc.  Over the past two weeks or CSA has been stellar, so I’ve been having fun experimenting, but haven’t taken the time to take pictures of much:

I also took a knife skills class last Thursday at Well Done Cooking, a great local Heights cooking school run out of a town home.  The chef was extremely knowledgeable and personable – I hope to take another basics class soon.

On top of that, last weekend we did a 5 mile run with our Houston Fit Half Marathon group, then headed to Austin for the Urban Assault Ride.  We spent Saturday evening with David’s best friend, Evan, his wife, Kandi, and their one year old, Emma.  Sunday we got up early for the UAR – Urban Assault Ride Austin.  You’re given 8 places to get to in any order, and at each you must complete a challenge.  This year’s challenges included swimming inner tubes around a Shamu on town lake, big wheels, a crazy shoe toss, puzzles, and a number of other obstacles.  The event is hosted by New Belgium beer, and is supposed to promote cycling in large cities – it’s a great concept and was started in Austin.  Here are a few pics from the event; it was soooo much fun! 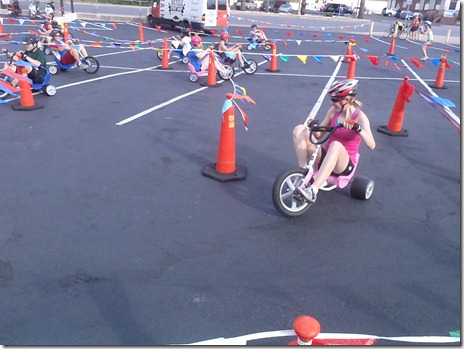 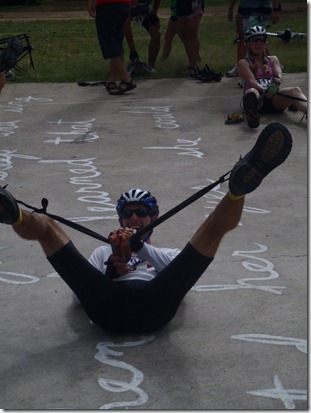